Suffering With Trigeminal Neuralgia?
Atlas Misalignment May Be The Common Denominator! 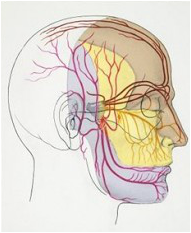 Trigeminal Neuralgia (aka Tic Douloureux) is an extreme pain condition that results in sudden sporadic jolts of burning or shock like sensations to the face.  The pain is soul crushing and debilitating.  The jolts of pain usually do not last long however the episodes can last for days, weeks, months etc.  The fear is not knowing when the pain will return.

Some important questions to consider are:

The Anatomy of Trigeminal Neuralgia 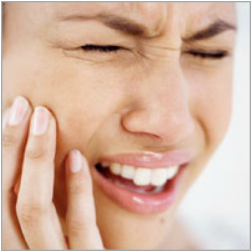 Please consider the simple truth, that the purpose of the nervous system is to control and coordinate ALL organs and structures of the human body (ref 2).  The connection between the neck, the trigeminal nerve and Trigeminal Neuralgia is some combination of:

When we mix some or all the above ingredients together we have all the conditions right for symptoms to develop over time.

The next step is to consider, how could the brain stem become irritated? How can the blood supply be interfered with? How can CSF flow be restricted?  The answer to these questions will also provide the clues to understanding how multiple sclerosis and headaches can be involved with Trigeminal Neuralgia et.al.!! 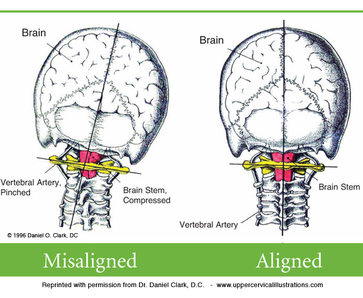 To back up for a moment, the big clue to understanding how Trigeminal Neuralgia, multiple sclerosis, and headaches can all be related is that all three of these conditions commonly occur due to a disruption of fluid exchange in and out of the head.  The head will literally become congested with fluid and if the rate fluid is coming into the head does not match the rate it can leave the head, then a lot of strange problems can start to develop over time, all due to fluid congestion inside the skull (cranial vault).  Many patients describe a brain fog type sensation where they are literally telling you their head is congested with fluid but it shows up symptomatically as brain fog where you just don't feel like your head is clear.  This is a very significant clue that blood and/or CSF is not getting in and out of the head properly, and once again most doctors will miss this connection.

There has been a lot of talk lately about the term CHRONIC CEREBRO SPINAL VENOUS INSUFFICIENCY (CCSVI). CCSVI simply put is the disruption of blood flow in and out of the head as the term implies.  To say this another way veins are being collapsed and arterial blood continues to pump in faster than it can get back out thus the end result is CCSVI.  Again this is the proposed mechanism and connection for many types of headaches, multiple sclerosis, and Trigeminal Neuralgia symptoms et. al.

What is quite extraordinary is how Trigeminal Neuralgia symptoms appear to match up with congestion of blood vessels.  Some of the most common Trigeminal Neuralgia symptoms are triggered by pretty much anything that touches the area or vibrates it like, brushing your teeth, smiling, eating, drinking, or talking, again think of a vessel completely overloaded with blood creating a throbbing sensation, as well as irritating and creating friction on the nerve.  Could this cause symptoms?

Think of this example: Have you ever sprained your ankle to the point it became huge and swollen with fluid? Anything that touched it, put pressure on it, or even if you bumped it hurts. There may even be some numbness or tingling in the nerves of the ankle and foot due to the fluid pressure upon them!! What would happen to that ankle and foot over time if that fluid congestion never went away?

In virtually all cases the average time it takes for symptoms of a Subluxation to start showing up is 10-15 years and in many cases even longer than that.  In many cases the damage to the spine can be dated to give us an approximation of when the Subluxation began.  It is amazing how often this matches up with a previous injury the patient sustained in the years prior, which is just now producing symptoms!

​Upper Cervical Chiropractic Care For The Correction of Subluxation

Upper Cervical Chiropractic care is a systematic approach to locate, and correct injuries to the upper neck.  This is achieved by a procedure that is designed to 1. determine the nature and extent of the spinal injury, 2. determine disruption to nervous system function using a form of thermography, 3. determine how long the spinal injury has been present and the prospects for correction.

It is important to also note that Subluxation is not the only way Trigeminal Neuralgia symptoms can develop, please consider trauma to the facial bone(s), or tumor, etc. which can also damage the nerve anywhere along its path.  With that said the most commonly overlooked source of these problems is in fact due to a Subluxation.  The bottom line is that a Subluxation is a neuro-vascular-degenerative disorder that interferes with the nervous systems ability to communicate back and forth with the body and therefore produces some sort of dysfunction.  What type of problem develops from a Subluxation depends on a several different factors such as:  1. the nature and extent of the spinal injury,  2. how long has the injury been present?,  3. most importantly the patients unique anatomy in the upper cervical spinal area.  As an example it is known that there are over 83 different variations of how the blood flows in and out of the head.  It is common knowledge that whatever structures in the body don't get enough blood, will not function properly or that same blood can create congestion and a form of hydrostatic back pressure, also decreasing oxygenation and nutrition to tissues.  This creates a situation where tissues can be damaged faster than they can be repaired, thus resulting in symptoms and dysfunction (not only trigeminal neuralgia, think multiple sclerosis, headaches etc.).   It is also common knowledge that a small amount of pressure or irritation to the brain stem or central nervous system structures can cause neurological dysfunction.

“…the pain started as a series of jolts that progressively became a steady throbbing pain.  Sometimes, it was like a drill going through my molars in my upper right jaw. Then, it would suddenly stop. Certain things would trigger the pain: a slight breeze, a touch with a toothbrush, soap on my cheek, opening my mouth, speaking, turning my head too fast, etc., and then the ‘beast’ would return with a vengeance. Other times, I would awaken to the sensation of an electric drill driving electric bits into the back of my eyeball. It was so unbearable that I would scream out loud while I held the pillow over my face…”

Dr. Grayson Blom works with a nationwide group of Doctors expertly trained and specializing in the Upper Cervical procedure. Dr. Grayson Blom is also one of the few Doctors in the state of Idaho trained and certified in the Upper Cervical procedure.  We are dedicated to helping patients just like you who suffer from trigeminal neuralgia symptoms, headaches, migraines, neck pain, back pain and other spinal-related disorders.

Take the first step toward reclaiming your health…  Call our office directly (208) 559-0541 or fill out a consult request form.
SCHEDULE AND APPOINTMENT