Irritable Bowel Syndrome (IBS)?
Is There A Connection Between A Neck Injury & IBS?

SCHEDULE AN APPOINTMENT
Irritable Bowel Syndrome (IBS) is a strange disorder that is medically diagnosed by exclusion.  There are many medical tests to examine the digestive tract however there is no definitive test for the diagnosis of IBS, thus it is a diagnosis of exclusion.  IBS according to the national institute of health is a functional gastro-intestinal (GI) disorder, which means you experience symptoms because your GI tract is not functioning correctly (ref 2 et. al.).  So the bottom line in getting to the CAUSE of IBS symptoms is to figure out WHY your GI tract is NOT FUNCTIONING CORRECTLY!

This raises some questions:

1.  How does the body control the digestive process?
2.  Why is the GI tract not functioning correctly?
3.  Is it possible to restore function to the GI tract?

How Does The Body Control The Digestive Process? 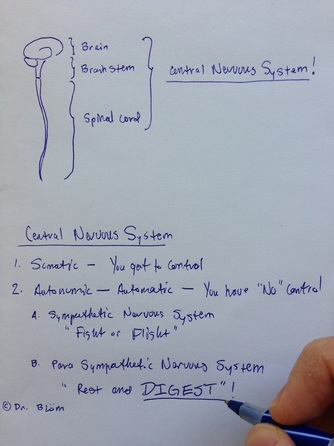 figure 1: Divisions of the CENTRAL NERVOUS SYSTEM.
According to Gray's Anatomy "The nervous system controls and coordinated ALL organs and structures of the human body."  (Gray's Anatomy, 29th ed., pg 4).  The portion of the nervous system that is used to run the DIGESTIVE TRACT is the Para-Sympathetic Nervous System (PSNS) also called the rest and DIGEST system (see figure 1).  This portion of the nervous system is part of what is called the central nervous system, which can be broken down into two major divisions.  The Somatic division (this is what you can consciously control) and the Autonomic division (this division works automatically behind the scenes, you have "NO" conscious control over this division).

The LINK between a neck injury and problems with digestion, especially IBS is the 10th cranial nerve also called the Vagus nerve (see figure 2).  Vagus means wanderer as in a nerve that wanders around the body anatomically.  The Vagus nerve is so named because it is highly variable in placement throughout the body and how it branches and divides to CONNECT with different organs and areas of the digestive tract.  The 10th cranial nerve comes directly off the lower brain stem and is responsible for virtually all of your digestive tract!!

Could an injury to the neck interfere with the digestive process? IT CAN! According to the National Institute of health this would be classified as a Brain-Gut Signal Problem.  "Signals between the brain and nerves of the small and large intestine, also called the gut, control how the intestines work.  Problems with brain-gut signals can cause IBS symptoms, such as changes in bowel habits and pain or discomfort"(ref 2, et. al.).

It is important to step back and look at the big picture here, if the BRAIN cannot properly talk back and forth to the BODY then there is going to be some sort of problem XYZ.  Does this sound like common sense? 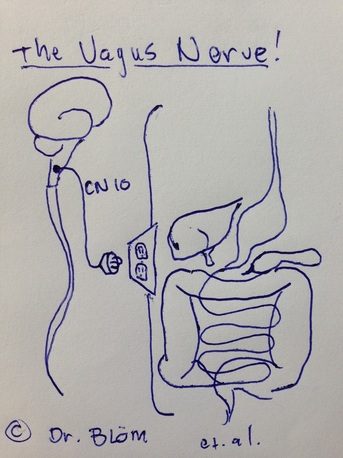 figure 2: The VAGUS Nerve also known as the 10th Cranial Nerve (CN10).
As we mentioned above the 10th cranial nerve comes directly from the brain stem and CONNECTS the digestive tract, et.al. to the brain (see figure 2).  The brain's ability to CONNECT with the digestive tract would then play a LARGE role in the NORMAL functional ability to move the food you eat along the digestive tract at the appropriate speed so that you may extract energy and nutrition so that the body can continue to function properly.

What if you suffered an injury to your head or neck that interfered with the CONNECTION of the 10th cranial nerve, reducing or blocking its ability to communicate back and forth with the brain?  Could this cause irritable bowel syndrome or other digestive problems?  What about acid reflux, difficulty swallowing, constipation, or diarrhea?

According to the National Institute of Health "Researchers believe a combination of physical and mental health problems can lead to IBS." (ref 2, et. al.).  What if you physically had an accident or injury that damaged the upper neck?  What if the mental health aspect was a disruption of blood flow in and out of the head?  If the brain cannot communicate back and forth with the body could this cause some sort of health problem?

In virtually all cases the average time it takes for symptoms of a Subluxation to start showing up is 10-15 years and in many cases even longer than that.  In many cases damage to the spine can be dated to give us an approximation of when the Subluxation began.  As we have noted in the past, it is quite remarkable how often this matches up with a previous injury the patient sustained in the years prior, which is just now producing symptoms.

Upper Cervical Care For The Correction of Subluxation

Upper Cervical Chiropractic care is a systematic approach to locate, and correct injuries to the upper neck.  This is achieved by a procedure that is designed to:

It is important to also note that not all digestive disorders: IBS, reflux, etc. are due to Subluxation.  Please consider life style factors such as DIET, EXERCISE, TOXICITY etc.

Subluxation and life style go together in that, if you can picture yourself standing on a chair balancing, and if something were to take out one of the legs on that chair your standing on, you will go down, and not be happy about it.  With that said the most commonly overlooked source of these problems is in fact due to a Subluxation that occurred due to a previous neck injury.  The bottom line is that a Subluxation is a neuro-vascular disorder that interferes with the nervous systems ability to communicate back and forth with the body and therefore produces some sort of dysfunction.

What type of problem develops from a Subluxation depends on a several different factors such as:

1. the nature and extent of the spinal injury,
2. how long has the injury been present?,
3. most importantly the patients unique anatomy in the upper cervical spinal area.

Dr. Grayson Blom works with a nationwide group of Doctors expertly trained and specializing in the Upper Cervical Procedure.  Dr. Blom is also one of the few Doctors in the state of Idaho trained and certified in the Upper Cervical Procedure.  We are dedicated to helping patients just like you who suffer from digestive disorders, chronic headaches, migraines, neck pain, back pain and other spinal related disorders.

And right now, our office is offering a COMPLIMENTARY CONSULTATION to determine if you are a candidate for Upper Cervical care.

Take the first step toward reclaiming your health…  Call our office ﻿(208) 559-0541 or fill out a consult request form.
SCHEDULE AN APPOINTMENT